There are a variety of types of damaging winds formed by different thunderstorm processes, but thunderstorms produce some straight-line winds when the thunderstorm downdraft hits the ground and flows outward. Anyone living in thunderstorm-prone areas of the world is at risk for experiencing this phenomenon. Winds can cause damage when they reach 50 mph.

We are working on simulations of derecho events, widespread, long-lived windstorms that are associated with bands of rapidly moving showers or thunderstorms. Derechos can produce widespread straight-line winds up to 100 mph over long periods of time. Our simulations allow us to dissect the storms that produce derechos to better understand how to forecast and warn for them.

A macroburst is a an outburst of strong winds on or near the ground with horizontal dimensions of 4 km or greater, while a microburst is an outburst of strong winds with horizontal dimensions less than 4 km. Macro and microburst winds, known as downbursts, can cause significant damage. Microbursts are a concern for forecasters because of their rapid onset and noted relevance for aircraft safety. It is difficult for a forecaster to anticipate which storm will produce a microburst. NSSL's dual-polarized mobile Doppler radar is used to collect data on microbursts and dust storms to compare with the Phoenix NWS dual-polarization radar data. NSSL and the NWS hope combining both data sets will reveal clues about their existence. NSSL also uses the Multifunction Phased Array Radar to capture the evolution of damaging wind mechanisms when thunderstorms are within 70 miles of the radar.

NSSL developed an algorithm in collaboration with Arizona's Salt River Project (SRP) to alert the power company of the potential for a dust storm called a haboob. A haboob is a wall of dust that is pushed out along the ground from a thunderstorm downdraft at high speeds. The algorithm runs on NSSL's Multi-Radar Multi-Sensor (MRMS) system and automatically monitors the radar for thunderstorms reaching thresholds that could result in outflows producing strong surface winds and blowing dust. When thresholds are reached, SRP operational personnel receive an alert to prepare for the impact of wind loading on SRP power poles and substations.

While radar remains the number one tool for forecasters evaluating storms, lightning data may be able to provide additional clues because electrical charge generation in the storm updraft and ice microphysics are linked. NSSL is working to provide a physical understanding how three-dimensional lightning data may be used by forecasters for microburst or downburst prediction. Due to the rapid updates and high spatial resolution of both the phased array radar and the Oklahoma Lightning Mapping Array (LMA), both of these systems are able to capture the quick generation and evolution of microbursts.

BAMEX (Bow Echo and MCV Experiment) was a field experiment involving scientists from NSSL, NCAR, the NWS and OU that was designed to gather data to understand bow echoes and their resulting high damaging surface winds. The mobile project tried to understand and improve prediction of mesoscale and storm-scale processes that produce severe winds in bowing convective systems lasting at least four hours. The project used aircraft and mobile ground-based instruments to map the thermodynamic and environmental structure of thunderstorm complexes and mature mesoscale convective vortices.

An NSSL scientist studied low-altitude “mesovortices,” (atmospheric spin on the scale of a few km to several hundred km) and learned that they may be the one of the causes of damaging straight-line winds. These results helped motivate the objectives for the BAMEX program defined above. 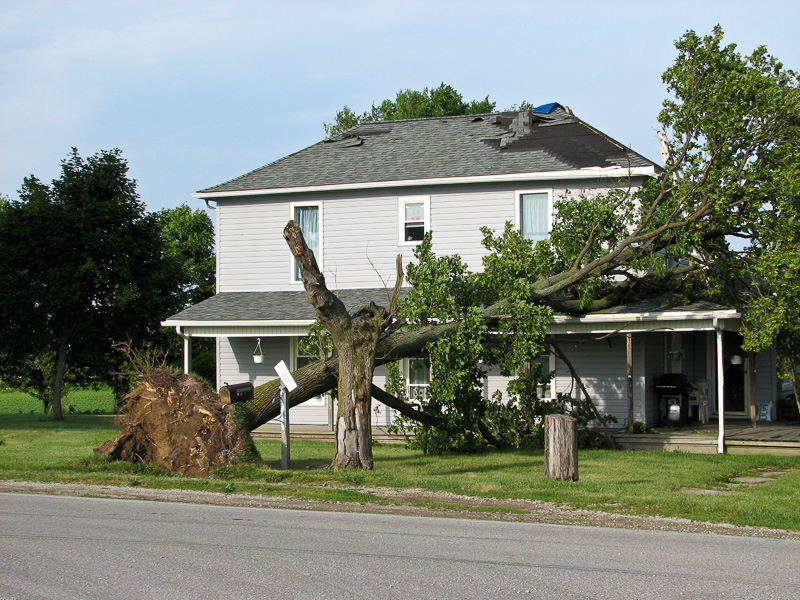 Winds can cause damage when they reach 50 mph. [+]

Winds can cause damage when they reach 50 mph. 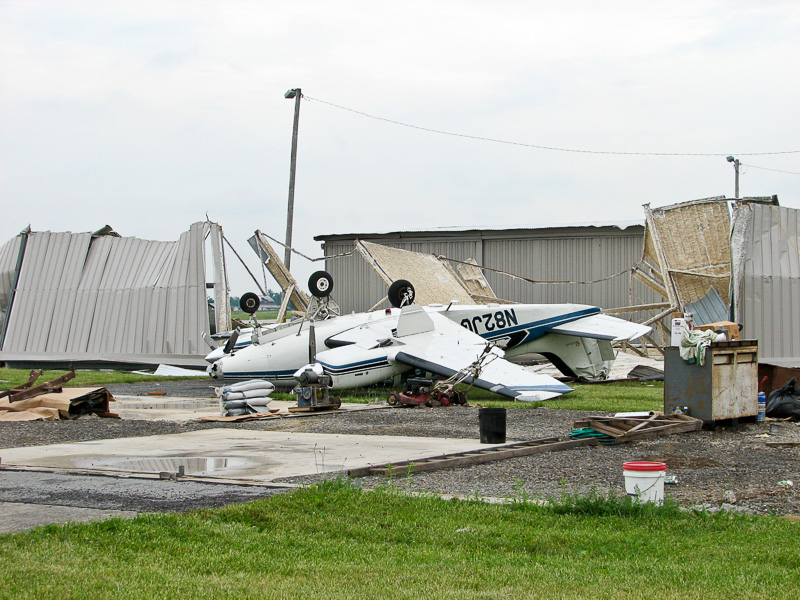 This general aviation plane and nearby buildings were part of the damage from a downburst accompanying a squall line that passed through Indiana and Ohio in 2006. [+]

This general aviation plane and nearby buildings were part of the damage from a downburst accompanying a squall line that passed through Indiana and Ohio in 2006. 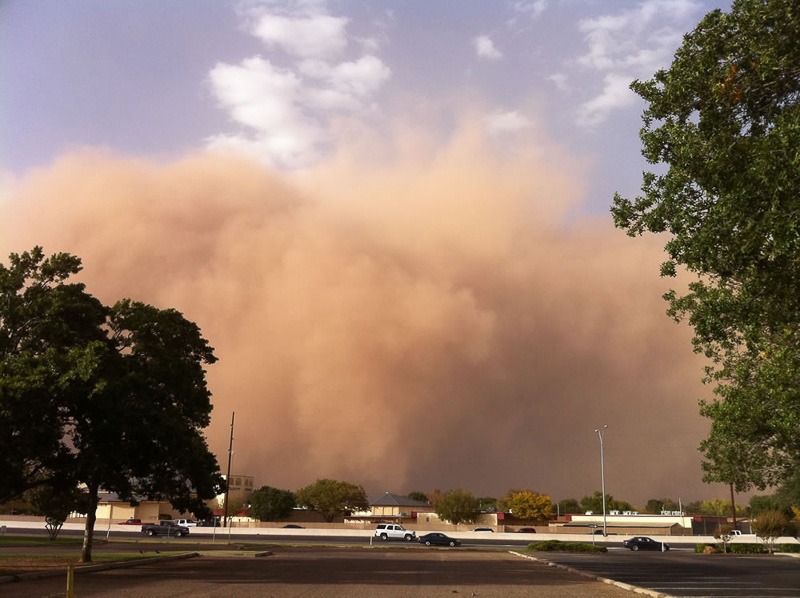 This haboob caused structural damage, downed power lines, and brought traffic to a standstill in Lubbock in 2011. [+]

This haboob caused structural damage, downed power lines, and brought traffic to a standstill in Lubbock in 2011.