NSSL in the Field

Learn more about NSSL's activities in field observations: the instruments, the vehicles, the history, and the next big project, VORTEX2. Ride along with NSSL scientists as they take their instruments to the storm.

Donald Burgess, Research Meteorologist: You just cannot sit back in a laboratory and learn everything.

Harold Brooks, Research Meteorologist: A lot of the really interesting weather observations take place on a much finer scale than we can see with the routine observations.

Burgess: And even today, with the great increase in the power of computers and all of the important numerical modeling work, we still couldn't do everything without having the verification of what's going on, and to get that verification we have to go to the field.

Narrator: The Union City tornado in 1973 was a landmark event for weather research. Storm intercept teams observed and documented the entire lifecycle of the storm. When combined with data from Doppler radar, scientists gained new understanding of storm formation and the early signs of a tornado.

Today, the National Severe Storms Lab is one of the leading organizations in the world at collecting meteorological observations in the field. The tools have advanced over the years, allowing researchers to take their instruments to the storm.

Brooks: One of the things that makes us unique is our ability to create instruments that collect high quality meteorological observations and deploy them remotely and to deploy them on mobile vehicles. NSSL pioneered doing mobile balloon soundings, pioneered what's now called the mobile mesonet, which we can essentially instrument cars and collect data that are almost the same quality as stationary meteorological observations, from vehicles while they're moving.

Narrator: Mobile ballooning research includes the recent TELEX project. This has led to increased understanding of the basic structure and evolution of electricity in thunderstorms.

Dave Rust, Director, Field Observing Facilities Support: This basic knowledge advancement is what it takes to then begin to move things into models and test them with theory as well.

Narrator: Mobile capabilities were critical to the success of VORTEX, a large field project in the mid-1990s, focused on tornadoes.

Burgess: The first VORTEX was our first time with mobile radars, a lot more mobile instrumentation than ever before, mobile mesonet instead of stationary mesonet sites, to go out and study supercells in great detail.

Narrator: Newer mobile radars have been built in the past decade.

Louis Wicker, Research Meteorologist: So we can do a lot of things with mobile radar. We can bring them to the events, whether it's a tornadic storm, whether it's a hurricane at landfall, or whether it's to a valley in California that's been devastated by wildfire.

Narrator: For instance, SMART radars have been used recently for studying vast mountain areas in California. The devastation from wildfires leaves the area susceptible to debris flows - a direct result of heavy rainfall.

Jorgensen: Our main scientific interest is improving the ability of radar to make quantitative precipitation estimates, and so the Hydromet testbed project was really designed to improve services directed toward improved water estimates.

Rust: Basically a coordinator vehicle is a shell that's got research power; it's got computer hookups; it's got satellite interconnections it's all there except the people and how they want to run their programs. So it's versatility. You have one vehicle that does many tasks. We've been on hurricanes with them, severe storms, winter storms. They're just a great tool.

Narrator: NSSL scientists have also been heavily involved in the NOAA P-3 aircraft and collecting data from airborne platforms.

Brooks: Scientists have been involved in projects based out of NSSL and around the world because of their expertise in the use of the aircraft to collect data while flying. You can get to places a lot quicker, obviously. And you can do a lot more sampling of airborne observations.

Narrator: This spring, NSSL and several partners will undertake one of the most ambitious field projects ever: VORTEX2. Using multiple instruments to collect intensive data sets, scientists hope to answer basic questions about tornadoes: their origins, structure and evolution. Ultimately, this will increase the accuracy and timeliness of tornado forecasts and warnings.

Wicker: The eventual goal of all this is that if we understand really how tornadoes form then hopefully will see some precursors of the cloud above the tornado where the radars can scan that will help us be better predictors of whether this storm is really going to produce a tornado or not and even more importantly whether it might produce a strong tornado versus not. A strong tornado has the potential to do a lot of damage and kill people much higher than even a weak tornado. So the ability to differentiate that might be very important.

Narrator: While field research is a critical job for NSSL scientists, it is also an opportunity to witness nature's most fascinating spectacles face to face.

Burgess:  Just seeing the storm is awe-inspiring.  You just see all this display, and you can't help but be impressed at the magnitude of what you see.  Just the storm is enough, but then you add a tornado on top of that and it really just overwhelms your senses.

Narrator: With their respect for nature's power and their creativity in developing tools to measure it, NSSL scientists have proven over and over the importance of field research.

Rust: I think that if we want to consider ourselves to be well-rounded scientifically we've got to have the observational component in there, whether it's done with radars or balloons or other instrumentation and facilities, it doesn't matter.  We've just got to have it.  The community as a whole needs it, and that's so that we can advance our models, our theory, and test those theories. 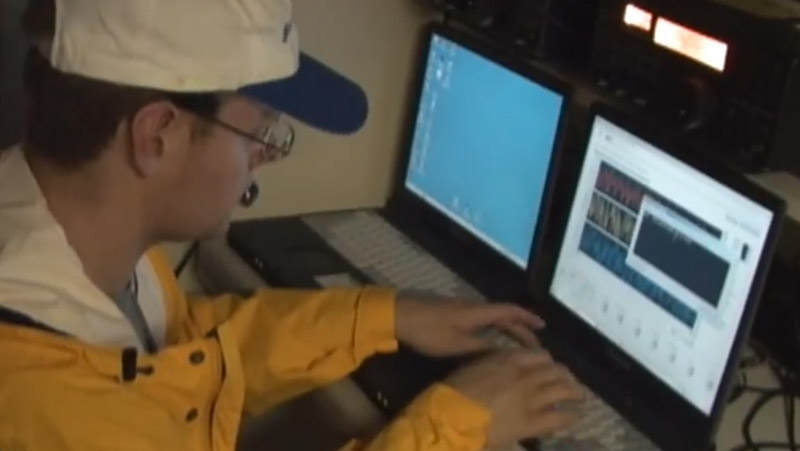 “You just cannot sit back in a laboratory and learn everything.” [+] 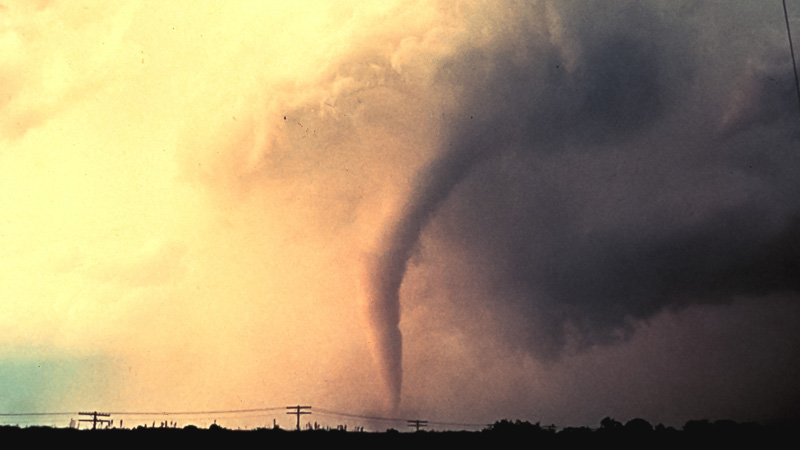 The Union City tornado in 1973 was a landmark event for weather research. [+] 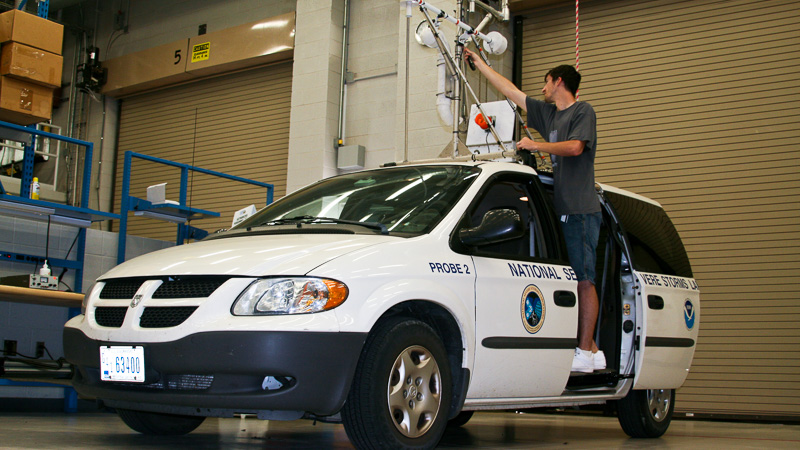 “One of the things that makes [NSSL] unique is our ability to create instruments... and deploy them remotely... on mobile vehicles.” [+] 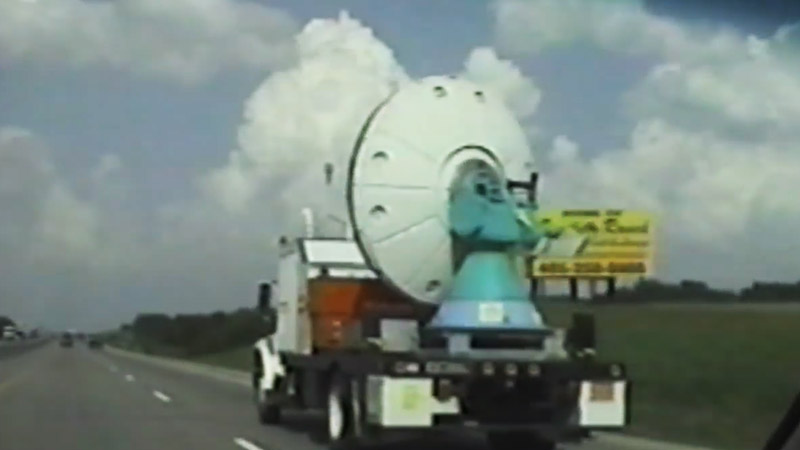 “The first VORTEX was our first time with mobile radars.” [+] 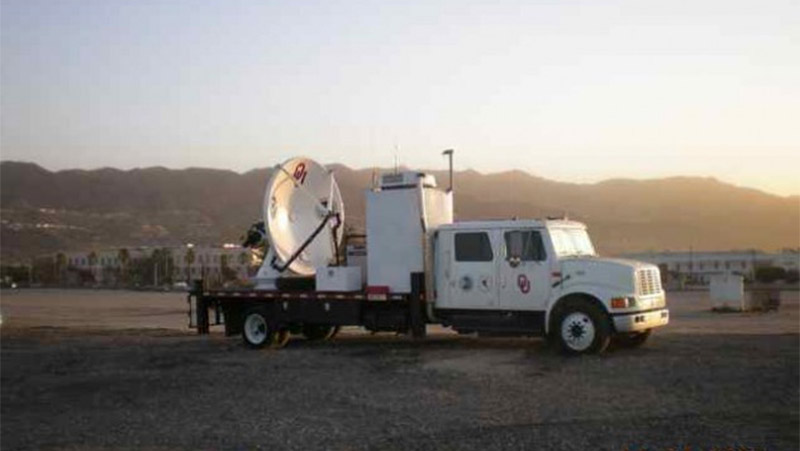 SMART Radars have been used recently for studying vast mountain areas in California. [+] 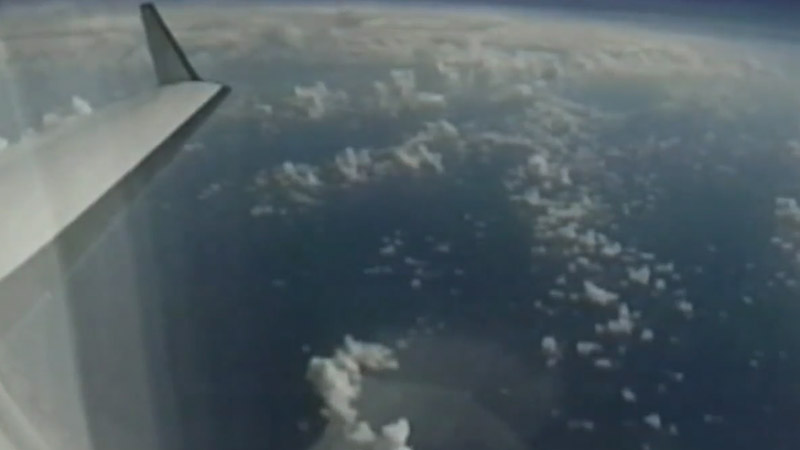 NSSL scientists have also been heavily involved in the NOAA P-3 aircraft and collecting data from airborne platforms. [+] 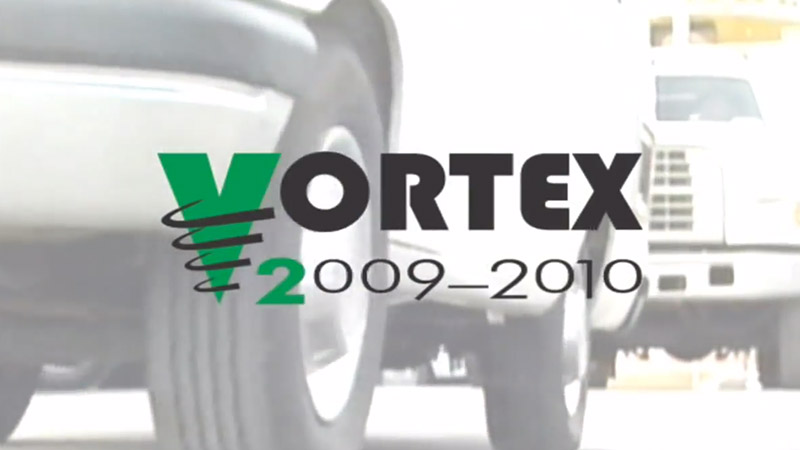 This spring, NSSL and several partners will undertake one of the largest and most ambitious weather research field projects ever: VORTEX2. [+] 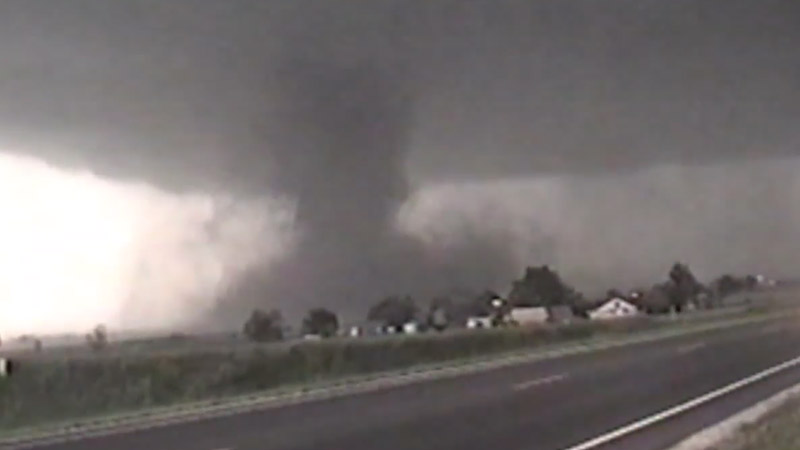 “The eventual goal of all this is that if we understand how tornadoes form then... that will help us be better predictors of whether this storm is really going to produce a tornado.” [+]