Currently, cloud-to-ground (CG) and intra-cloud (IC) lightning flashes are detected and mapped in real-time by two different networks in the United States--the National Lightning Detection Network (NLDN), a system owned and operated by Vaisala Inc, and the Earth Networks Total Lightning Network. These two systems work by detecting radio waves (sferics) emitted by fast electric currents (strokes) in lightning channels. A “stroke” can be a fast current within the cloud, or a “return stroke” in a channel to ground. CG return strokes usually have larger currents that make stronger signals that are easier to detect. Since there are many other sources of radio noise, the systems have to first identify which bursts are likely to be caused by lightning. Radio signals are detected by multiple stations (at least 3) are used to determine the location of the stroke by a time-of-arrival technique. Location accuracy is best when lightning occurs within a network of stations. Flashes outside of the network have larger location errors and may not even be detected.

Each system may detect more than one stroke (in-cloud or return) for a single lightning flash. CG flashes that bring negative charge from the cloud to ground (“negative CG” or “-CG”) can have multiple return strokes, which can sometimes be seen visually as a flickering of the channel to ground. Positive CG (+CG) flashes effectively bring positive charge to ground (or negative charge up) and almost always have only a single return stroke. The +CG return stroke, however, more often has a sustained current that can have greater chance of igniting fires.

What we do: NSSL uses the data collected by the NLDN to learn how storms produce CG flashes and how these flashes relate to other storm hazards.

Lightning Mapping Arrays provide three-dimensional mapping of lightning channel segments near the array. Up to thousands of points can be mapped for an individual lightning flash to reveal its location and the development of its structure. Research LMA's exist in Oklahoma, the Texas Panhandle, northern Alabama, Washington D.C., Kennedy Space Center in Florida, and many other locations. NSSL is currently building a mobile array in order to provide targeted lightning observations in conjunction with field campaigns.

LMA systems also detect radio noise, but in the very high frequency (VHF) band around 60 MHz. They also use a time-of-arrival technique to locate source points in 3 dimensions and time, usually using at least 6 or 7 stations to keep errors lower. High time resolution (20 to 100 ns) makes it possible to watch lightning progress from initiation into different regions of storms. Sometimes flashes are very small and last only a few milliseconds, but some can cover very large areas and keep going for up to 6-7 seconds.

The Geostationary Lightning Mapper (GLM) is an instrument on two weather satellites launched in 2016 and 2018 (GOES-16 and GOES-17) that map total lightning (in-cloud and cloud-to-ground) activity continuously day and night over the Americas and adjacent ocean regions. The GLM monitors the optical emissions of lightning which reach space, similar to what we would see with our eyes. It records how bright the flashes are from above, how large of an area a flash covers, and how many flashes pass over any given location. It cannot, however, “see” if a channel from the flash hits ground or not.

The GLM is essentially a fast infrared video camera. It “sees” in a particular narrow band of light that lightning emits well and helps distinguish from other sources of light. It can record about 500 images per second, which is fast enough to see the progression of lightning as it brightens different parts of a cloud. The spatial resolution is about 8 km, which is about the size of a small thunderstorm, so each camera pixel can see about one whole small storm or part of a large storm. Some very large storm systems like squall lines have been seen to make lightning flashes that traverse 100s of kilometers across the storm!

GLM lightning data provide many new applications for total lightning that were not possible over large areas of the country previously. It can be used by aviation weather services to monitor the spatial coverage of lightning. It will be useful for climatological studies of total lighting and thunderstorm activity. It provides new information on the lightning in hurricanes before they make landfall. It provides information over a large area on storm conditions which may improve weather models and is currently being tested by NSSL scientists. The GLM also helps to identify growing, active, and potentially destructive thunderstorms over the entire country (as well as ocean areas) which can help forecasters monitor thunderstorms and issue severe thunderstorm warnings.

What we do: NSSL and partners are working on applications and products that use the GLM. Scientists also use trends in the flash rates to help identify the development of thunderstorms, the growth of updrafts, and the formation of precipitation and downdrafts.

Each of the sensors above measures a different part of the process of a lightning flash. The neworks which detect CGs respond to the high currents and large transfers of charge during a flash. The LMA responds to the VHF radiation emitted as a lightning channel develops. The optical measurements from space respond to the optical emissions from lightning which escape the top of the cloud. This means that each one tells you something different about the lightning in a storm! It also means that the definition of a “lightning flash” can depend on (or is limited by) how it is observed. 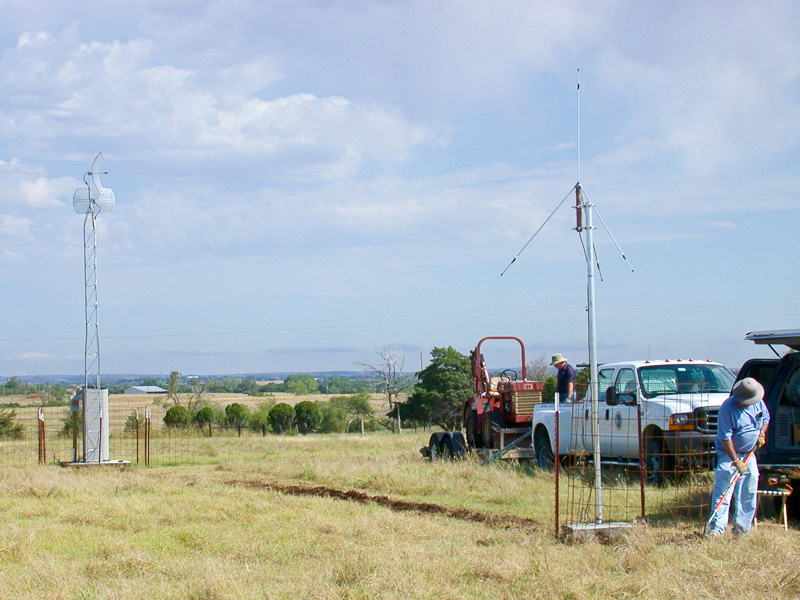