Once rain reaches the ground, it is either absorbed through the soil (infiltration), or it runs across the ground surface toward a stream or river (runoff). 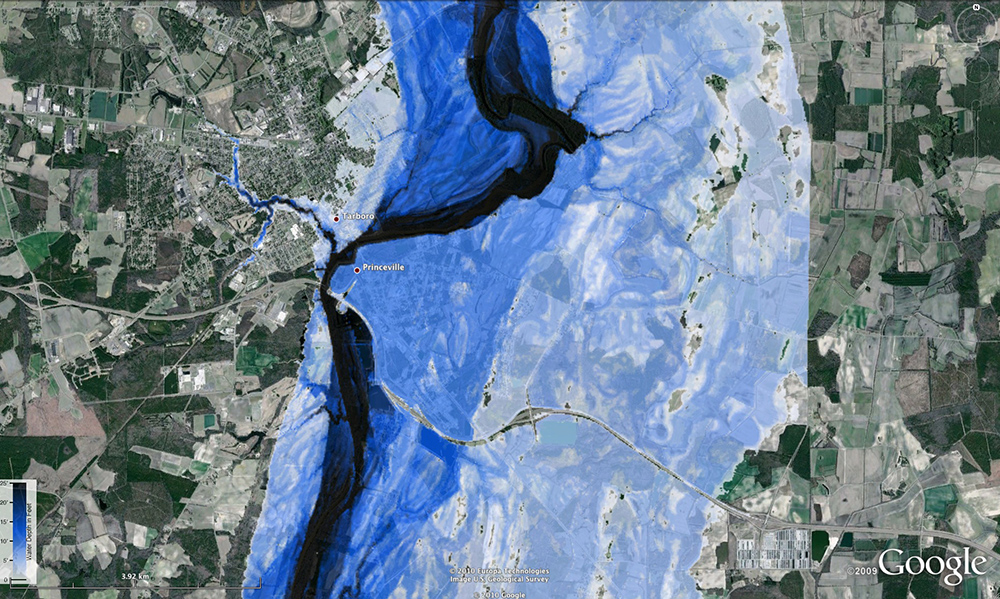 Whether the water enters the soil or runs off into rivers depends on several factors that include recent rainfall, soil composition, slope of the land, vegetation patterns, and rainfall intensity.

Runoff is the most important component of flood and flash flood prediction. As a result, hydrologic models of varying complexity have been developed to predict when and where river flooding may occur. CI-FLOW uses a hydrologic model developed by the NWS to predict runoff and river flow from rainfall estimates and forecasts.

Hydrologic models can accurately predict runoff and river flow if nature follows the rules we have set in the model. When nature breaks the rules, the models have trouble producing accurate forecasts. Another technique CI-FLOW uses is called “ensemble forecasting.” The CI-FLOW system runs the same hydrologic model many times with varying rainfall amounts and starting soil conditions. This approach results in 128 predictions that produce a range of possible river flows for the Tar-Pamlico and Neuse Rivers. The average of these predictions is fed into a storm surge model to predict the depth and extent of coastal inundation.