Storm surge is caused by the winds of a coastal storm pushing ocean water on shore. 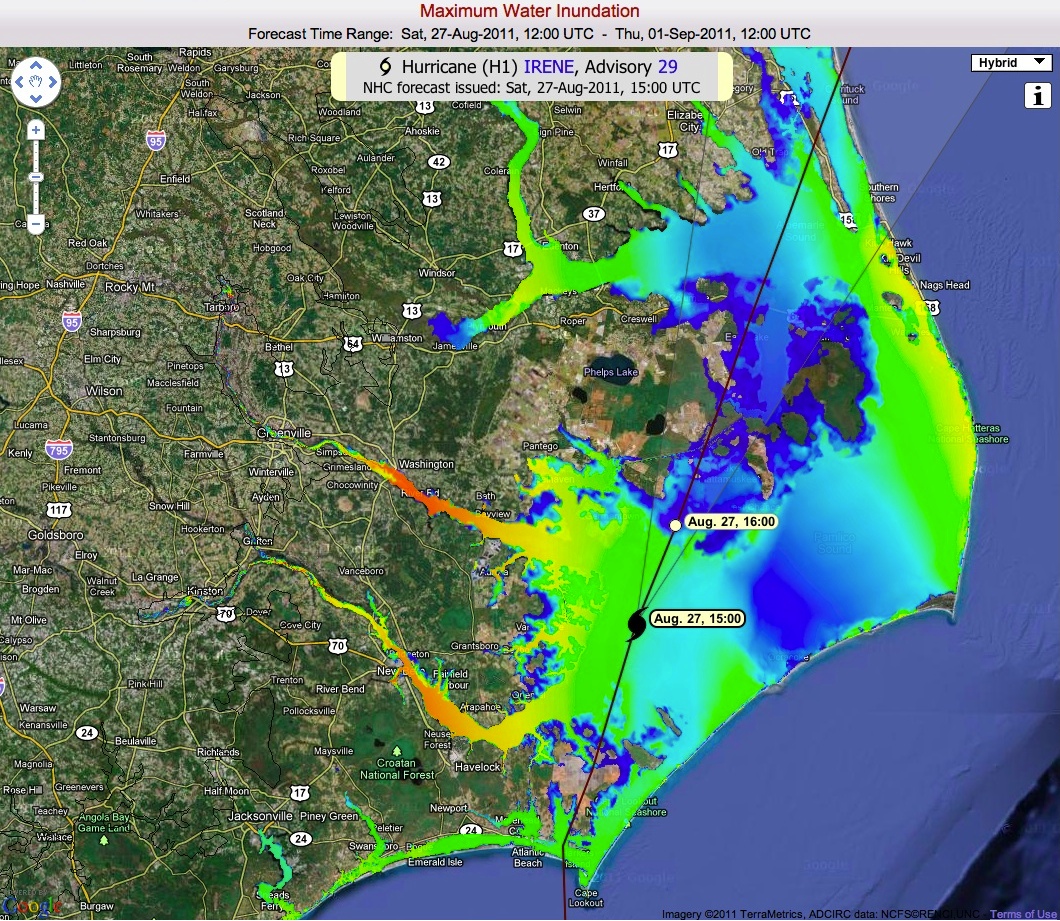 The impact of storm surge varies widely by location because it depends on the shape of the coast, track and strength of the storm, slope of the sea floor, storm speed, regular tides, and central pressure of the storm.

CI-FLOW passes water flow forecasts from a hydrologic model to a high-resolution coastal circulation model. The coastal circulation model then computes storm surge by taking into account a storm's atmospheric pressure, size, forward speed, track, and maximum wind speeds. The calculations are applied to the North Carolina shoreline, incorporating the unique structures of the bay and river, water depths, levees, and other features. The model also accounts for tides and wind-driven waves. With this coupled model system, CI-FLOW predicts the combined effects of storm surge, waves, and river inflow to provide an estimate of the depth and extent of coastal inundation for North Carolina.